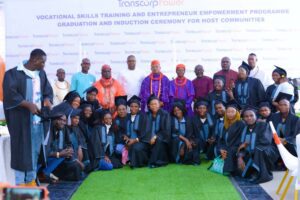 MD/CEO Christopher Ezeafulukwe with the royal fathers the Ovie of Ughelli Kingdom, His Royal Majesty, Dr. Wilson Ojakovo Oharisi III (JP) (on the left), the Okobaro of Ughievwien Kingdom, His Royal Majesty, Engr. Matthew Edirin Egbi (JP) (on the right), along with other guests and the beneficiaries from the Transcorp Power Vocational Skills Training and Entrepreneurship Empowerment Programme

On Saturday, October 22, 2022, Transcorp Power Limited held the graduation ceremony of the 8th batch of its Vocational Skills Training and Entrepreneurship Empowerment Programme (VSTEEP) and inducted the 9th batch at Ughelli, Delta State.

The empowerment programme is one of Transcorp Power’s highly impactful CSR initiatives for indigenes of its three host communities of Ekakpamre, Eruemukohwarien and Ekrerhavwe in Ughelli, Delta State, Nigeria.

Under theprogramme, Transcorp Power trains indigenes of its host communities in vocations, trade and businesses chosen by their respective communities every six months, and at the end of such trainings, the successful participants are given seed capital by Transcorp Power and provided guidance to start the vocation, trade or business for which they have been trained. A total of 160 indigenes of the company’ host communities have benefitted from the programme.

The graduation of the 8th batch and induction of 9th batch ceremony, which was a great success had as the Special Guest of Honour, His Excellency, the Governor of Delta State, Senator (Dr.) Ifeanyi Okowa who was represented by Engr. Smart Ikem, Executive Secretary, Delta State Board of Technical and Vocational Education.

In his keynote address, Governor Okowa, represented by Engr. Smart Ikem, commended the Board and management of Transcorp Power Limited for the consistency the company has shown in previous years in not just sustaining the Vocational Skills and Enterpreneurship Empowerment Programme, but in increasing the number of beneficiaries, the areas of training as well the allowances and seed capital given to participants in the programme. He noted that the Delta State Government under the leadership of Dr. Okowa endorses the CSR initiatives of Transcorp Power Limited as they are in line with the Vocational Skill Training objectives of the State Government. He advised the graduands to ensure they use the lifetime opportunity given to them by Transcorp Power to empower themselves such that they will become successful entrepreneurs and employers of labour.

Earlier in the event, guests were treated to a video presentation featuring numerous graduates of previous batches of Transcorp Power empowerment programmes, who narrated how the training and seed capital they got from the company helped them to establish their respective businesses which are thriving today. Some of the previous graduands who attended the event also shared words of advice with the 8th batch graduands and 9th batch inductees on how best to optimize the life-changing opportunity being given to them by Transcorp Power Limited.

Transcorp Power Limited (TPL), is a subsidiary Transnational Corporation Plc and the owner of the single cycle 972MW installed capacity power generating plant located in Ughelli, Delta State. It is a leading power generation company in the country.  Our corporate purpose is to improve lives and transform Nigeria. Visit www.transcorppower.com for more. 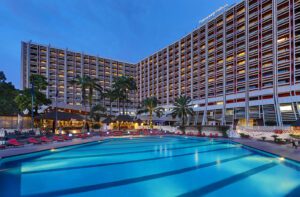 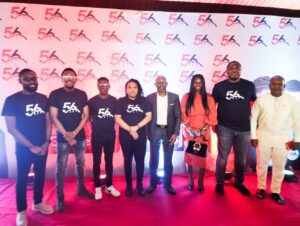