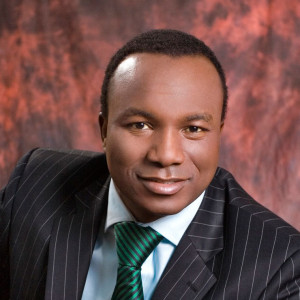 Our integration has been so intense during these years after the civil war that I now have family members who are Igbos. I don’t know how or where to send my sister in-law Amaka, or my cousins and nephews who bear the identity and carry the Igbo blood in them. We are Nigerians, we have one simple identity that makes it easier for all of us to accept each other beyond the tribal lines. We are all Nigerians, this is the way it has been all my lifetime and I believe it is the way it must remain. We all must be proud to be called Nigerians.
MY THOUGHTS ABOUT THE IGBO PEOPLE.
It is my personal belief that the people agitating for the Biafra Republic, who are mainly from the Igbo tribe are some of our most talented people. In my opinion, which I believe most Nigerians would agree with, Igbos are the most enterprising people in our nation. Their culture has become our culture no matter which part of the country you come from, thanks to the works of the likes of Chinua Achebe.
“Do not spoil what you have by desiring what you have not; remember that what you now have was once among the things you only hoped for.” – Epicurus
Unfortunately, my Igbo brothers and sisters, I must admit (not all) believe that they are being deprived of their rights in the Nigerian nation. My thought on that is, the truth be told, we have all been deprived in Nigeria. It is not something we are proud of, but it is part of our past. The Nigerian society we grew up in, starting from our independence, has not been a fulfillment of the dream and passion of the majority of us, either you are Igbo, Yoruba, Fulani, Tiv, Idoma, Angas, Berom, etc. We have all been deprived. We have all been oppressed, we have all been cheated, we have all been let down and we have all been deceived. So who or what has deprived us?
We have all been deprived not by a particular nationality or tribe. We have all been abused and violated by our past leaders. These leaders don’t belong to just one nationality, they include Igbo people as well. So let’s take a look at those people who have ruled us from independence to date, to get a better picture of who is to blame for our failure as a nation. A look at the list of Nigerian leaders in the years after independence will show us that Igbos have been prominently present in the governance of Nigeria till now.
The Igbo nation has produced a Nigerian President. The Igbo nation has produced a Nigerian Head of State. The Igbo nation has produced more than 5 speakers for the Nigerian senate. The Igbo nation has produced ministers of virtually all existing ministries in Nigeria. This includes key ministries like, Ministry of Finance, Chief of Staff, Foreign Affairs, Education, Health, Communication, Information and Technology, Power, Roads and Works, Petroleum, etc. So who is really to blame for the injustice in the Nigerian society? My answer is, we are all to blame!
A recent research claims that even though Fulanis have ruled Nigeria, or a mixture of Fulani and Hausa, it has been discovered that Hausas have never ruled Nigeria before, even though they are about 20% of Nigeria’s population. Another largely believed rumor says that Hausa is the largest tribe in Nigeria, while in actual fact they are second to Yorubas who are the biggest singular monogenic nationality in Nigeria. Fulanis are only about 9%, Yorubas 21%, Hausa 20% and Igbos 18%, Ijaw 10%, Kanuri 4 %, and others are minority groups.
Of all these groups, let’s examine which tribes of the 521 have ruled Nigeria before.
Abubakar Tarawa Balewa (Middle Belt Bauchi) 1960-1966 (Bageri tribe from Sefawa dynasty)
Nnamdi Azikiwe 1960-1966 (Igbo).
Major General Aguiyi Ironsi (Abia) Jan-Jul 29 1966 (Igbo)
General Yakubu Gowon (Middle Belt Plateau) 1966-1975 (Angas tribe)
General Murtala Muhammad (Middle Belt Plateau) 1975-Feb.1976 (Berom tribe)
General Olusegun Obasanjo (Ogun) 1976-1979 (Yoruba)
Shehu Shagari (Sokoto) 1979-1983 (Fulani).
General Muhammad Buhari (Katsina) 1983-1985 (Fulani)
General Ibrahim Babangida Badamosi (Middle Belt Niger) 1985-1993 (Gwari/Gbagyi tribe).
Ernest Shonekan (Ogun) 1993-Nov 1993 (Yoruba).
General Sanni Abacha (Borno/Chad) 1993-1998 (Kanuri tribe).
General Abdusalami Abubakar (Middle Belt Niger) 1998-1999 (Gwari/Gbagyi tribe).
Olusegun Obasanjo (Ogun) 1999-2007 (Yoruba).
Musa Yar’adua (Katsina) 2007-2010 (Fulani)
Goodluck Jonathan (Bayelsa) 2010-2014 (Ijaw/Igbo?)