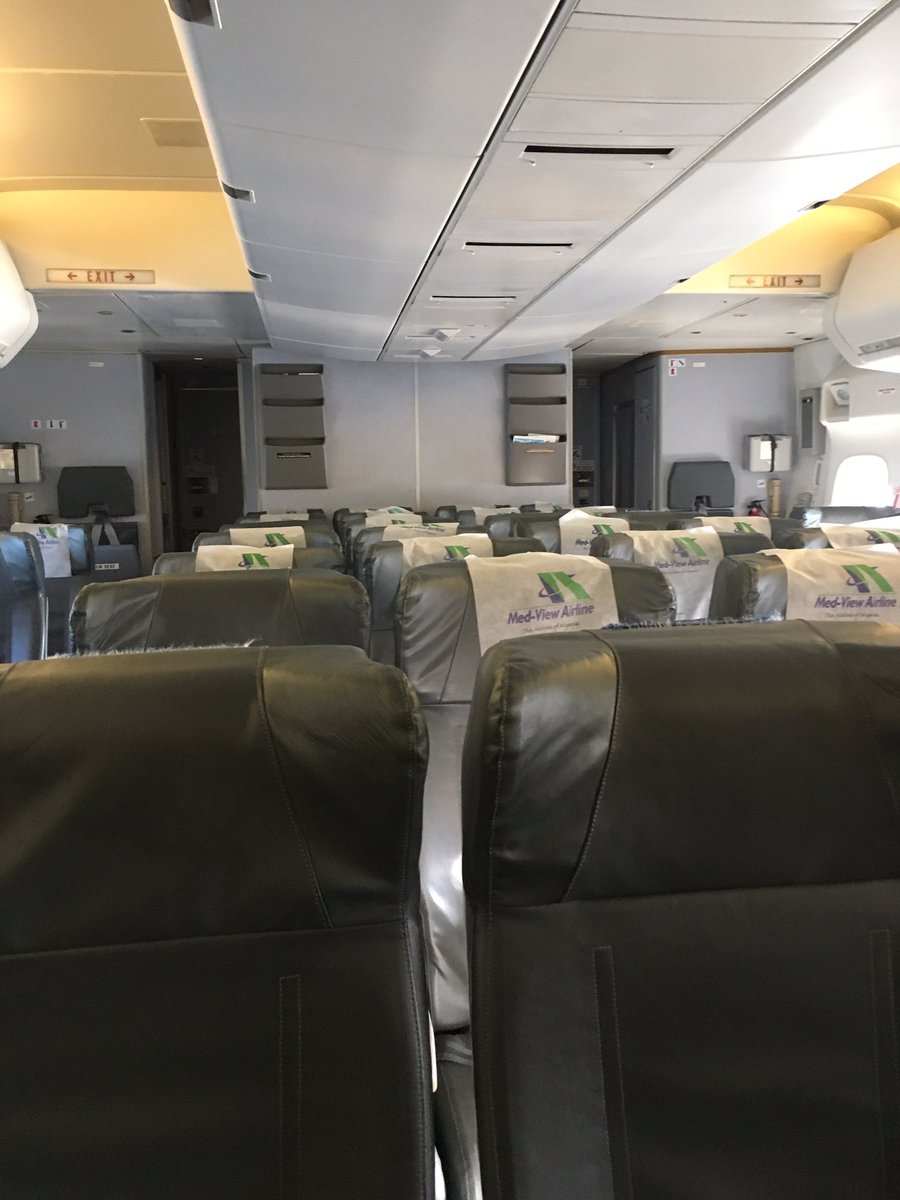 The adverse effects of the current economic recession is now seriously affecting Nigeria’s aviation industry and of all the major airlines operating the international routes in the country, Medview Airlines seems to be the hardest hit.And from what we are hearing it is just a matter of time before the Airline goes completely out of business as the airline is going from bad to worse by the day.Global News can now authoritatively report that Medview Airline which is one of the indigenous airlines operating international routes from Nigeria to other countries of the world, especially London Heathrow to Lagos Murtala Mohammed Airport is about to go out of business.The airline according to inside sources is now seriously in trouble because of what aviation experts and aggrieved passengers call “poor and sickening services” its currently offers across the board.Our reliable source who is a staff of the airline confided in our reporter that these are indeed challenging times for the airline as the quality of service has completely nose-dived.The source also expressed fear that the way things are going the airline might soon become a menace to passengers because according to him the planes being usedby the airline no longer go for routine maintenance and servicing because of the high rate of foreign exchange and low patronage on the part of passengers who are now in the know that the best days of Medview Airlines are now over.Also, a passenger who spoke to our aviation correspondent on the condition of anonymity shortly after arriving from one of the airline’s flight from London Heathrow Airport last week that “this is definitely my last time of using this airline because the services are now very poor and at times, the plane will just start making some funny noise which is very very scary”. The lady also said the airline flew almost empty cabin toLondon about three weeks ago when she flew the airline to London. She also said there
was plenty to eat and drink for the few of them on board and the cabin crew members were literally begging them to eat and drink.Medview Airline as a matter of fact is now a big risk to passengers as the management is said to be facing a hard time because recession is now gradually eating into its operational fund and this why the relatively young airline is said to be managing its very scarce resources by inadvertently compromising safety and operational standards.Global News also have it on good authority that some of the best hands of the airline have either left or are on their way out as you read this because the conditionof work at the airline is no longer palatable. Medview Airline’s current state is also a sad reminder of the many bad experiences Nigerians have over the years been subjected to by myriads of the so-called indigenousairlines.One have lost count of how they usually start on a very good note only for them to be bedevilled by series of problems.However,be that as it may, Medview’s problem as we learnt is so severe that even the Cabin crew and engineers are now so lackadaisical in their attitude towards passengersand the management because they no longer get their wages and allowances as at when due.This also brings to mind one of the many questions Nigerians have been asking and which is why is it difficult to have serious-minded Nigerians in the aviation industry. Is running a good airline rocket science or what?