It is no longer news that Governor Ibikunle Amosun of Ogun State has lost out in his bid to install Abdulkabir Akinlade as the candidate of the All Progressives Congress (APC) in the 2019 governorship election in the state. But what is rather baffling is his alleged hatred for Dapo Abiodun, who is recognised as the standard bearer of the party, and his desperation to upturn the mandate. In his desperate bid to upturn the mandate given to Abiodun, Amosun repeatedly visited President Muhammadu Buhari, all to no avail.

Before his visit to the President, he had reportedly boasted to all that the President would grant his wish, as he had threatened to dump APC for Accord Party, if his wish was not accepted. But he got the shock of his life when the President told him point blank that he would not go against the decision of the party’s NWC. Leaders of the party have since mounted pressure on him not to move and to place the interest of the party above personal interest.

Amosun reportedly issued the threat to dump the party during a meeting with some party leaders and his loyalists across the 20 local government areas of the state held at his private residence located inside Ibara GRA, Abeokuta, where he lambasted some of the party’s leaders, including a former governor of the state, Olusegun Osoba and Asiwaju Ahmed Tinubu for attempting to ‘disgrace’ him.

He was said to have also berated those he termed “Abuja connection APC” for standing the rules of the primary election on its head to produce Abiodun as the party’s candidate instead of Akinlade.

Amosun reportedly said he could not work with Abiodun, who he said “lacked the wherewithal to win a senatorial district, let alone the whole of Ogun State.” He even reportedly vowed to scuttle the progress of APC in the state, as some of his aides and loyalists have moved to different parties to realise their ambitions.

We also gathered that his attempt to pick all the 40 members of the party to contest for the Ogun State House of Assembly seats in the 2019 general elections has failed.

“Amosun is just being stubborn. He cannot have his way in the party with his illegal moves.

The primary election cannot be reversed. Amosun is having serious issues with Asiwaju Bola Ahmed Tinubu. He widened the gulf between Tinubu and President Buhari, when there was a cold war between them. It will be difficult for Amosun to achieve his aim. It is grand alliance by those he has reportedly persecuted politically in the past. They are bringing all diverse interests together for this purpose,” a source stated. 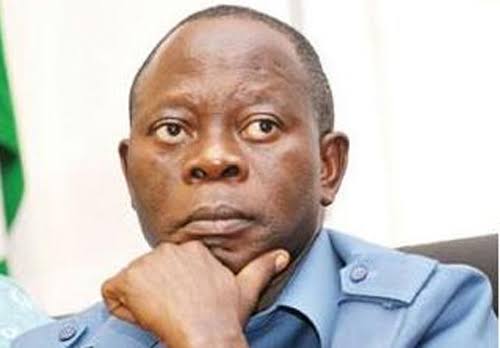