Give the right man the job and you can jump into the bed and sleep peacefully and soundly. That is exactly what is happening in the Lagos State Ministry of Tourism, Arts and Culture, where man about town, Mr. Folly Coker, is now in charge. The gentleman who understands entertainment like the back of his hands is planning something great and grand this yuletide for Lagosians and all those who will be in Lagos this season. Hear how he captured it during a press conference he addressed: ‘Distinguished colleagues, friends, ladies and gentlemen, I warmly welcome you to this press conference to announce the hosting of the biggest end-of-year fiesta holding in Lagos this year.
Upon my assumption of office as the Commissioner for Tourism, Arts and Culture, part of my brief was to ensure continuation of the Lagos Countdown tradition which ran for 3 years.
Furthermore, I was charged with seeking ways and means to improve the expression of our culture which produces a unique theatrical, musical and culinary art.
In the light of this, we reviewed the successes recorded so far with the Lagos Countdown and settled for a model that will turn the entire State into one community; celebrating change and the achievement of the past year with a strong expression of hope for the year ahead.
Lagos prides itself as the economic and socio-cultural hub of sub-Saharan Africa with a flamboyant multi-cultural expression of its art. It is home to people from all parts of Africa and serves as a pot of diverse language groups.
The people of Lagos are known for hard work and a “can-do” attitude which is complimented with a jovial spirit for celebration, especially during the festive period.
Our plan is to take advantage of these attributes and identify with the citizens in a one community, one celebration and one purpose approach.
Ladies and gentlemen, it is my pleasure to officially announce to you “One Lagos Fiesta”.The Fiesta is to further the tradition of the crossover celebration in the State; but this time, with an expanded venue format spread across the State.
As you are aware, Lagos is divided into 3 senatorial districts made up of East, Central and West, and further subdivided into 5 regions, called IBILE- which is an acronym for the various administrative zones namely; Ikeja, Badagry, Ikorodu, Lagos Island and Epe. Consequently, we have decided to take the crossover party to Agege Stadium (Ikeja), Badagry Stadium (Badagry), Ikorodu Town Hall (Ikorodu), Bar Beach (Lagos) and Epe Youth Center (Epe).
The “One Lagos Fiesta” is a 5-day celebration of entertainment with lights, fun, food and drink, comedy, dance and theatre, with a strong infusion of the culture of each location.
The festival- like event will happen simultaneously in all the 5 locations from 27th December – 1st January, 2016. The event is aimed at showcasing the State’s cultural heritage and the art it projects with distinction.
Over 50 artistes are expected to perform for over 300 hours at this year’s event across the 5 locations and over one million people will welcome 2016. It will be the biggest crossover party in Sub-Saharan Africa. We have made adequate arrangements for security, traffic management and sanitation, health and safety and urge the public to continue to be vigilant at all times.
On Tuesday, we will hold a soft launching of “OLF” at Freedom Park, from 7pm – 10pm and on Thursday hold a party night at a venue to be announced with the artistes billed to perform during the 5-day event. On this note, we seek your collaboration and partnership for these five days of festivities. Let us partner in redefining Lagos as the heartbeat of Africa as we welcome in 2016.’ 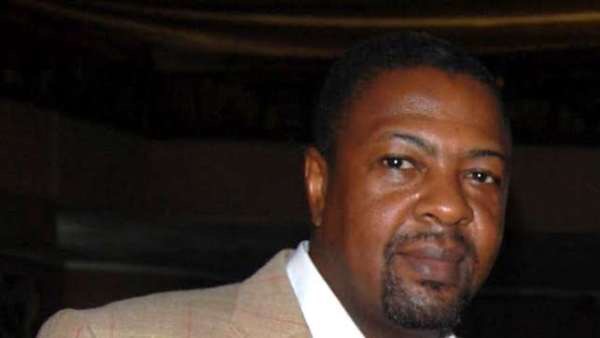