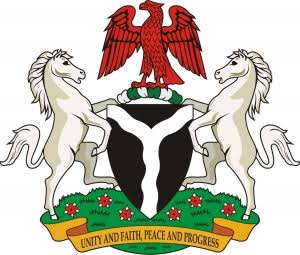 FG IN TROUBLE… AS PENSION FUND DRIES UP

The federal government is currently panicking because the Contributory Pension Scheme (CPS), currently put at over N5.9 trillion is be threatened as sacked workers are demanding the 25 per cent of their total contributions to it. Global News has learnt that the Nigerian Pension Act which allows a contributor to apply for a maximum of 25 per cent of his total contribution to his retirement account after at least four… Continue Reading 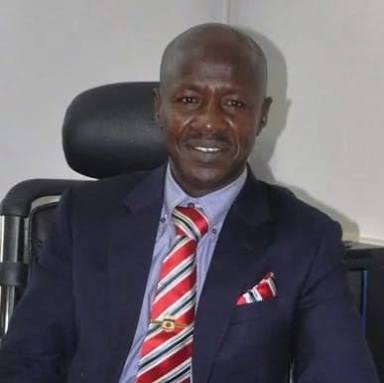 Ibrahim Magu, Acting Chairman of the Economic and Financial Crimes Commission, EFCC has been widely condemned for the recent controversial recruitment exercise he conducted for the anti-graft agency, and he is likely to be quizzed by the National Assembly. Magu came under intense public scrutiny after his recruitment result accommodated over 75 percent of northerners, a move that was described to be unconstitutional. A statement released by the Human Rights… Continue Reading 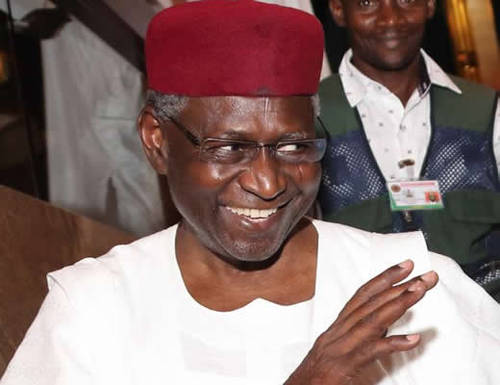 President Muhammad Buhari has received concrete evidence that his Chief of Staff (CoS), Abba Kyari, took N500m from operators of MTN to help the telecommunications giant mitigate the fine imposed on it by the federal government, SaharaReporters has learned. Sources say the evidence was presented to President Buhari several times including during the Sallah holiday. The mind-boggling revelation is the latest in the mounting allegations of corruption involving members of… Continue Reading

Tony O. Elumelu, Chairman of Heirs Holdings and UBA Plc. has advocated entrepreneurship as a veritable solution to achieving poverty reduction in the country. Elumelu who is also the Founder of The Tony Elumelu Foundation delivered a paper themed: “Entrepreneurship, Corporate Social Responsibility and Africapitalism: The Role of The Private Sector In Fighting Poverty in Nigeria”, at the nation’s think-tank, the National Institute of Policy and Strategic Studies in Kuru,… Continue Reading 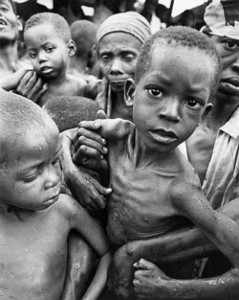 Nigerians, across the country, are no doubt facing difficult times owing to the current economic recession. Although the President Muhammadu Burari’s -led administration has been applauded for its fight against corruption, following several arrests of the acclaimed high and mighty, and subsequent refund of stolen funds, the management of the economy has not brought similar cheering news. Hunger The tough times have resulted in job losses and hunger-induced crimes. The… Continue Reading 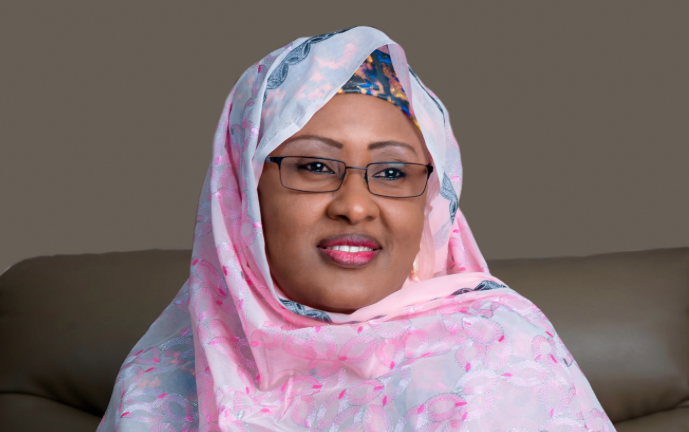 Leading African businessman and philanthropist, Tony O. Elumelu CON joined the First Lady of Nigeria, Mrs. Aisha Buhari and wife of the Vice President of Nigeria, Mrs. Dolapo Osinbajo at a forum and exhibition on Nigerian Women in Export which was held in Abuja. Themed ‘Achieving Zero Oil Growth Through Women Inclusiveness in Global Export Trade’, this year’s Stakeholders Forum and Exhibition is organised by the National Export Promotion Council… Continue Reading 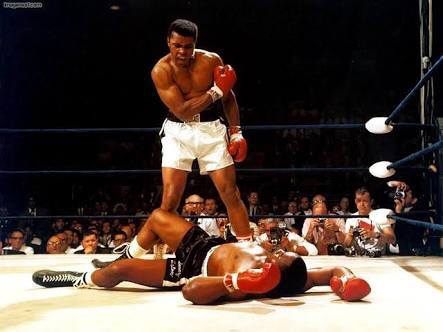 Heavyweight boxing legend Muhammad Ali, an icon of the 20th Century whose fame transcended the sport during a remarkable career that spanned three decades, died Friday, his family said. The beloved 74-year-old sports hero, who had been battling Parkinson’s disease for decades, passed away in a hospital in Phoenix, Arizona, where he had been admitted earlier this week suffering from respiratory problems. “After a 32-year battle with Parkinson’s disease, Muhammad… Continue Reading 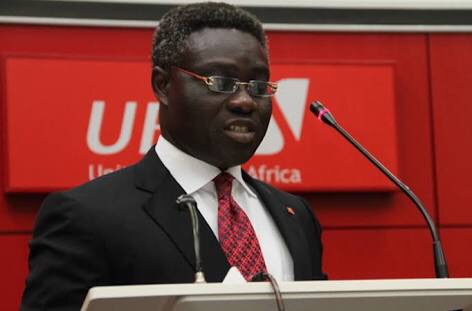 Pan Africa financial services group, United Bank for Africa Plc has announced its unaudited results for the first quarter of 2016 showing gross earnings of N74 billion and profit before tax of N18 billion for the three months ended March 2016. The Group sustained its strong profitability, recording an annualized 20% return on average equity (RoAE). “I am pleased to report yet another impressive performance for the period. In addition… Continue Reading 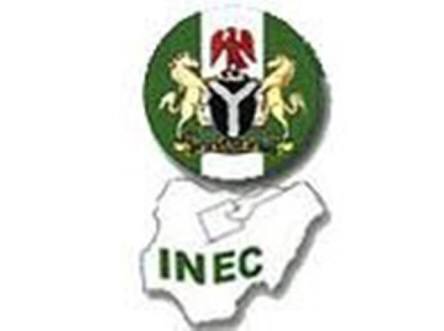 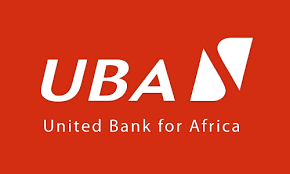 Pan African financial services group, United Bank for Africa (UBA) Plc has earned the prestigious ISO/IEC 20000-1: 2011certification from the British Standards Institution (BSI). The certification which was awarded to UBA after a process and systems audit, recognizes businesses that are able to link and execute business and IT objectives effectively through the implementation and consistent maintenance of service management requirements. “This certification validates our commitment to delivering quality services,… Continue Reading 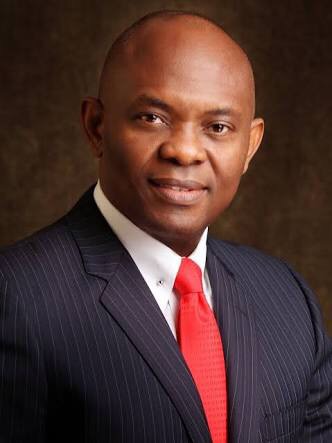 THE TONY ELUMELU FOUNDATION, UNITED BANK FOR AFRICA PLC AND THE UNITED STATES DEPARTMENT OF COMMERCE PARTNER TO ENABLE ENTREPRENURSHIP IN AFRICA

The Tony Elumelu Foundation and United Bank for Africa Plc (UBA) partnered with the United States Department of Commerce to host a panel and roundtable discussion between members of the U.S. Presidential Council on Doing Business in Africa (PCDBIA)and a diverse community of African entrepreneurs. The 11 person U.S. delegation, along with representatives of several U.S. government trade and investment-focused agencies, was led by the Honourable Penny Pritzker – U.S…. Continue Reading 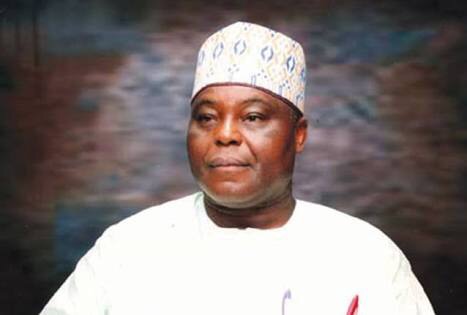 DOKPESI ON THE WAY TO KUJE PRISON PENDING BAIL PERFECTION

Federal High Court sitting in Abuja has ordered that media mogul, Chief Raymond Dokpesi should be remanded in Kuje prisons pending the perfection of his bail conditions. Justice Gabriel Kolawole, while granting bail to Dokpesi who is standing trial on a six-count charge of fraud and violations of Public Procurement Act, refused to allow the media mogul go home on self-recognition as argued by his counsel. Rather, the Judge imposed… Continue Reading 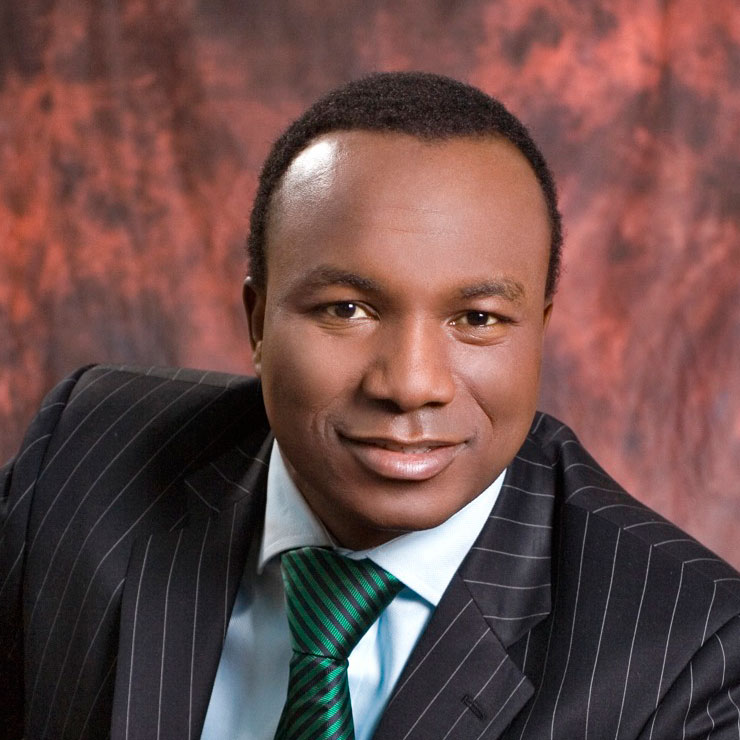 As a Nigerian, I only managed to live in the country for the first 19 years of my life, but the Nigerian factor is so strong that it is not letting me go 30 years later. Even though I have lived in other countries more than I ever lived in Nigeria, yet the connection, the upbringing, the culture, the attachment and the Nigerian embodiment have all been so strong in… Continue Reading 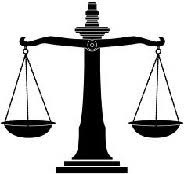 An Ado-Ekiti High Court, yesterday, sentenced one David Olugboyega to death by hanging for armed robbery involving N14,570. Justice John Adeyeye passed the judgment following the confessional statement of the convict and the conclusion of trial by the prosecution. “An accused may be convicted on his own confession alone as long as the court was satisfied. Based on the confessional statement of the accused, the court found him guilty as… Continue Reading 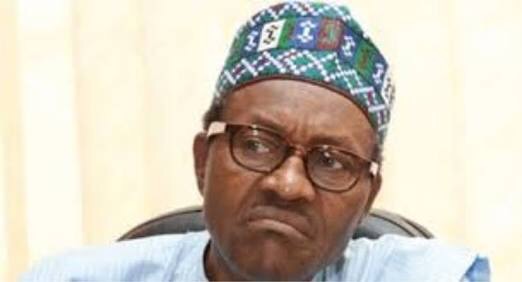 We are dying,pensioners tell Buhari

THE Nigerian Union of Pensioners, South West zone, has called on President Muhammadu Buhari to intervene in the case of pensioners in the zone. This was contained in a letter to the president, entitled: “Myriad of problems of Nigerian pensioners and issues of local government pensioners and retired primary school teachers,” made available to the Nigerian Tribune on Tuesday. The letter, which was signed by the South West chairman, Alhaji… Continue Reading 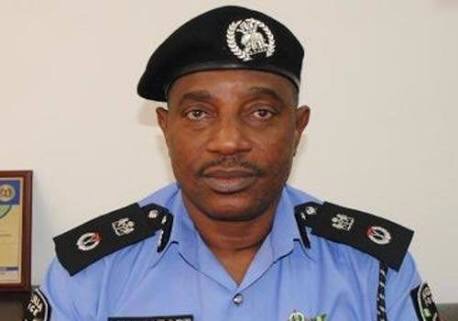 There has been anxiety at the Jonaith Hotel and Suites in the Ajah area of Lagos State after a 24-year-old guest, identified as Michael Afeso, was found dead in his room. PUNCH Metro learnt that the deceased’s girlfriend, who had stayed with him on Friday evening, was sighted in the early hours of Saturday. She was, however, said to have fled the hotel before the arrival of policemen from the… Continue Reading 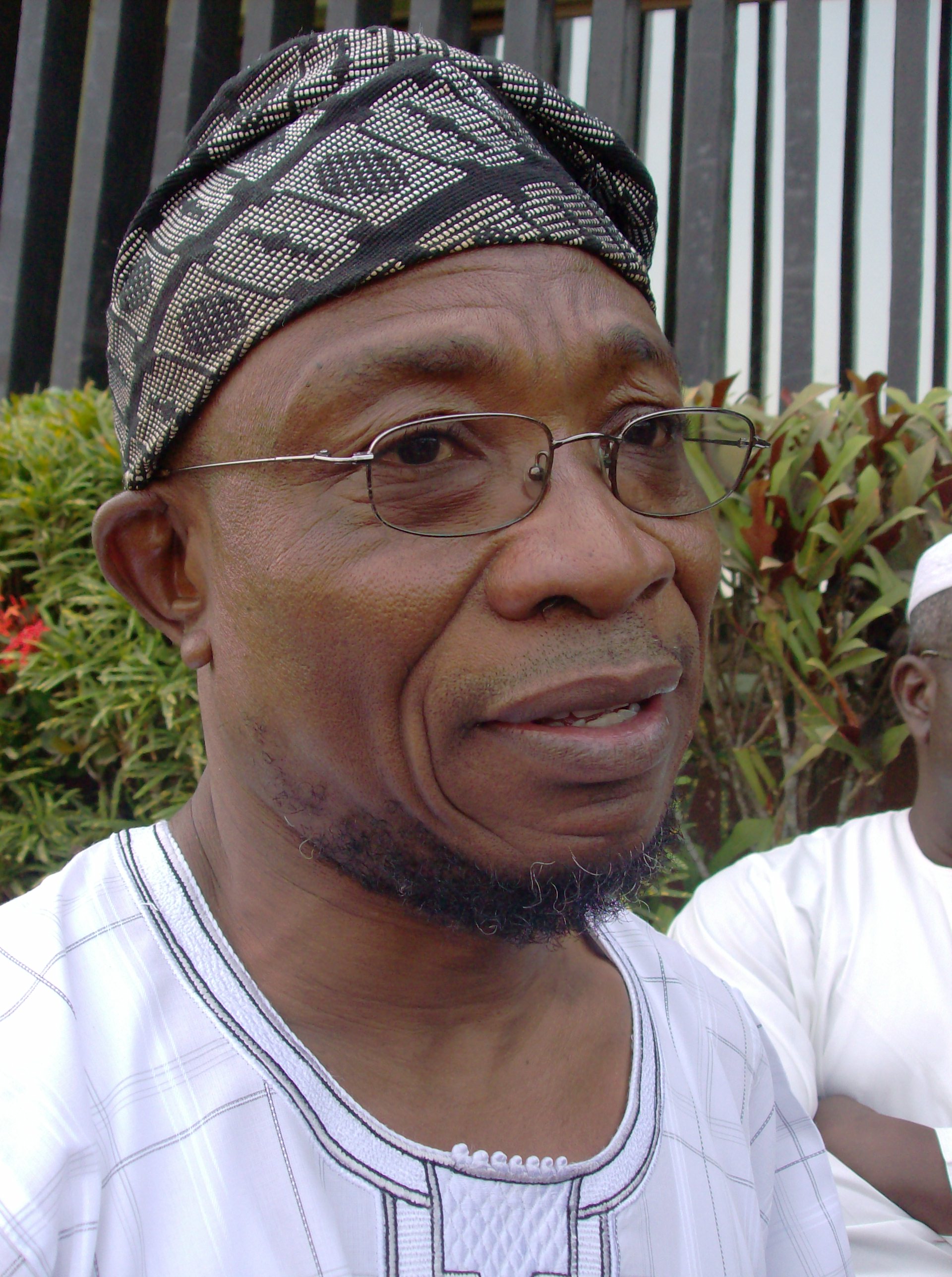 Osun State Governor, Mr. Rauf Aregbesola, says Osun State received only N55m from the Federation Account for the month of September, 2015. He said the money could not even settle the electricity bill of the government secretariat. The governor said the development was evidence that Nigeria was experiencing an economic meltdown. He, therefore, called on residents of the state to return to agriculture as oil could no longer sustain the… Continue Reading 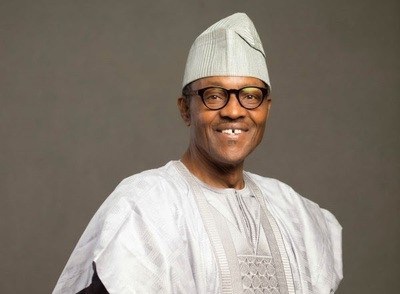 President Muhammadu Buhari is currently facing many battles from different angles. While he’s trying to settle the war ravaging his party, All Progressive Congress, he is also battling to settle down to the real business of governance to give the masses who supported and voted for him the dividends of democracy. Out of all these problems the more that’s weighing him down mostly is how to tame his wife who… Continue Reading 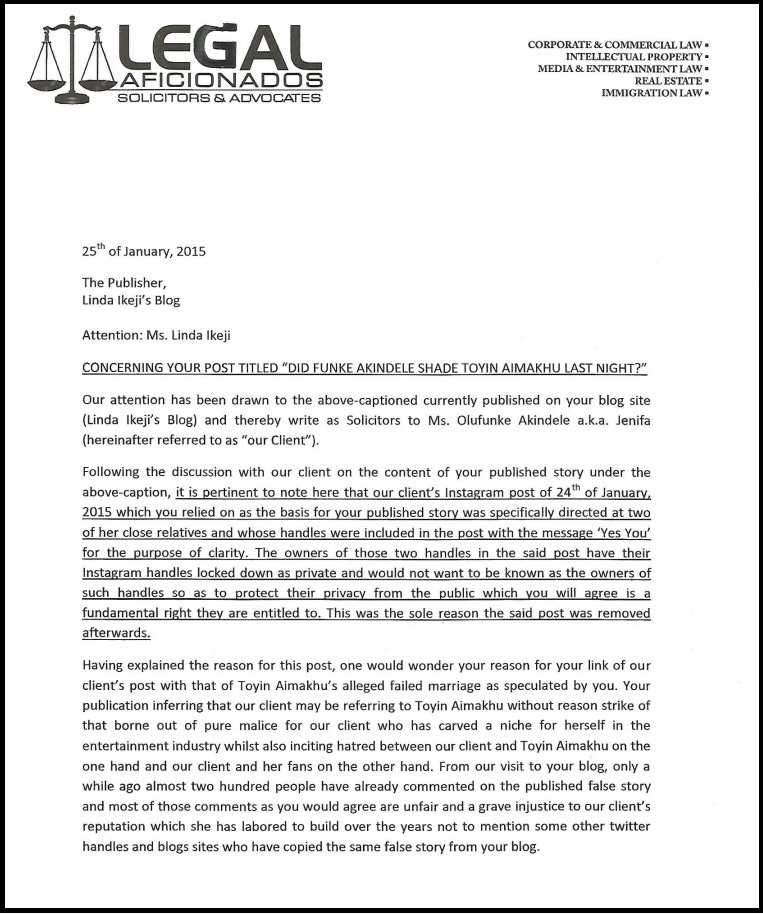 The mangement of star actress, Funke Akindele, has condemned in strong terms the unwarranted posts by blogger, Linda Ikeji, ascribing a harmless picture on the award winning role interpreter’s Instagram’s page to be a mockery of the alleged separation between her colleague, Toyin Aimakhu and her husband, Adeniyi Johnson. While Linda went too far and assumed the role of a mind reader and a judge in her Sunday, January 25,… Continue Reading 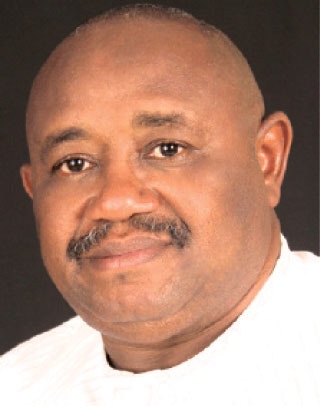 DISCOVERING NYERERE CHINENYE ANYIM (The APC Governorship Candidate for Abia State) What I Will Do To Change Abia State: FREE EDUCATION Only a handful of past Nigerian generational leaders identified themselves with the universal notion that education is the foremost answer to the problems of mankind. Some of these leaders, who held positions in governance, intentionally allocated higher public funds to their educational budgets, to open the gates of educational… Continue Reading I Killed my master because I needed N150,000 for Dubai trip-Motor boy

A look at 32 year-old Sani Saidu , will never pass him for a betrayer, let alone a killer , owing to his quiet disposition and soft way of speaking. But his disposition has only proved to be deceptive after all , as he is currently cooling his heels at the Lagos State Criminal Investigations Department ,SCID, Yaba , Lagos, over a case of alleged murder. The Gombe state born… Continue Reading What I Know About Boko Haram – Modu Sheriff

Former governor of Borno State, Senator Ali Modu Sheriff, has opened up on what he knows about the Boko Haram insurgents currently ravaging states in the northeast and some other parts of the country, while disclosing that only the neighbouring Republic of Chad could help solve the menace. Sheriff, while speaking in a BBC Hausa Service magazine programme (Gane Mini Hanya) yesterday, and monitored by LEADERSHIP Sunday in Abuja, denied… Continue Reading

Wild spread protests may be trailing the emergence of Willie Obiano as the candidate of APGA in the forthcoming governorship election in Anambra State.  The protests it was discovered stem from his unpopularity and the fact that many people see him as being imposed on them roughshod.   Significantly, different segments of the Anambra polity ranging from aggrieved aspirants, party members, stakeholders and observers drawn from a spectrum of civil… Continue Reading

Patrick Ifeanyi Ubah was born on the third day of September 1971, to the family of Mr. and Mrs. Alphonsus Ubah of Umuanuka in Otolo, Nnewi, Anambra State.  His parents were teachers by profession.  As teachers and role models, Mr. and Mrs. Alphonsus Ubah instilled in Ifeanyi and his siblings the priceless virtues of honesty, hard work, independence, perseverance, selfless service, the fear of God, and the culture of innovative… Continue Reading

Large homes and corporates are in for a good time as Oando Marketing, Nigeria’s leading petroleum products retailer championing switch from unwholesome fuels to Liquefied Petroleum Gas (LPG), has commenced free delivery on orders for its 50kg cylinders. The 50kg cylinder is the company’s latest LPG offering which include – 3kg and 12.5kg cylinders, as well as bulk order and Pay-As-U-Gas services. According to Julius Elumaro, Head LPG Sales &… Continue Reading